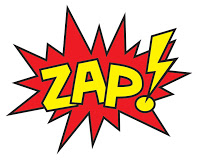 Citizens reported a male white wearing a light t-shirt and black pants was attacking people as he walked northbound on Halsted Street from Addison.

The man was highly combative when police approached him at the intersection of Halsted and Waveland, forcing officers to deploy a Taser at 5:14AM.

Even after getting his clock reset, the guy continued to fight and he had to be restrained with leg irons so Ambulance #6 could transport him safely to Illinois Masonic Medical Center.