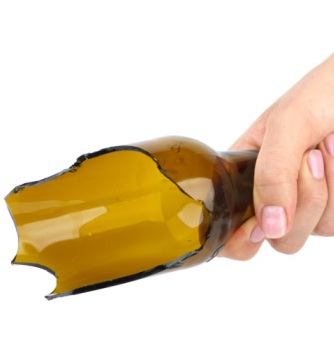 Well, maybe they should just cool their heels with that sort of talk.

A man was stabbed repeatedly in the neck and head with a beer bottle on Broadway, one block north of this weekend’s absolutely safe Pridefest, and across the street from the greatly improved Hotel Chateau. The victim had lost a substantial amount of blood and was reported in serious condition when Ambulance 6 transported him to Illinois Masonic Medical Center at 2:34AM. The man was unable to help police with their investigation because trauma doctors had to intubate him. Police suspect the offender may have cut his hand during the attack and area hospitals are on the lookout for walk-in patients who may be responsible. (Editors’ note: Please see updates at the end of this blog entry.)

On the questionable side:

Reports of a stabbing at Roscoe and Halsted came in a bit after 1:00AM Sunday. The 19th District Police commander was the first officer on the scene. He said that he spoke with “security” at that intersection and they were unaware of any stabbing. He also stated that he had his blue lights flashing and no one approached him, so he closed out the case as “no person found.”

Miraculously:
About 20 minutes after the police commander couldn’t find a stabbing victim at Roscoe and Halsted, somebody found one lying on the sidewalk a block away, at Roscoe and Elaine Place, one block east of Halsted. As an ambulance and police responded, additional callers reported that the victim was “seizing and slipping in and out of consciousness.” The officers claim to have witnesses a miracle because the victim was soon able to “stand up and walk away” from them. No report filed.

The Broadway attack is the second stabbing in the Wrigleyville and Boystown areas since Saturday morning.  It also continues the gravity defying rise in knife and cutting instrument attacks that we reported on earlier this week.

UPDATE 23 JUNE 2013 1:01PM: Mainstream media outlets are reporting the address of this stabbing as 700 W. Sheridan. In fact, the victim was found on the sidewalk at 3829 N. Broadway. The broken beer bottle and blood trail origin were found a few yards away, around the corner at 735 W. Sheridan.  Also, police department claims that the man was being “uncooperative” after the attack are missing an important fact.  The man has been largely unable to cooperate because he was intubated and sedated by doctors at Illinois Masonic Medical Center. This is according to a police officer who traveled to the hospital with the victim.