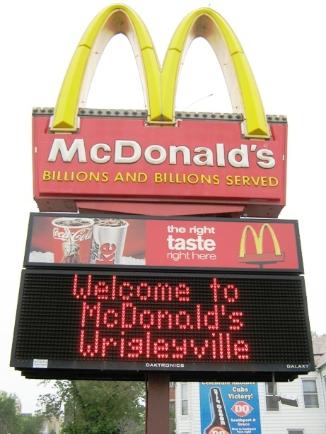 The McDonald’s across from Wrigley Field at Clark and Addison was the scene of yet another daylight robbery Monday evening.

Monday evening’s victim was robbed at 8:15 by a knife-wielding attacker who escaped in a silver Cadillac with Illinois plate R413653, according to witnesses. A police search for the vehicle was not successful.

As CWB reported this weekend, a woman was robbed at the same McDonalds’s around 6:00 Sunday morning. Another woman had her purse snatched on the sidewalk in front of the McDonald’s a half-hour before Sunday’s robbery.