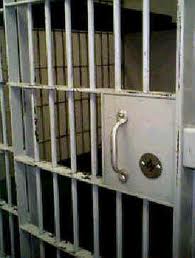 UPDATE 24 JULY 2013: CWB has been provided access to the Chicago Police Department report of this case. The offenders in this case threw at least one punch at the victim, but failed to make contact. The offender who is described in our report as wearing purple shoes was charged with assault. Our original report follows. Since the victim was not physically injured, this incident is no longer considered a “wilding.”

The eighth known wilding since May 31st in Wrigleyville and Boystown came to a positive conclusion Friday afternoon.

Quick action by two witnesses and 19th district officers resulted in the arrests of several suspects involved in a broad daylight attack on Waveland Avenue, a half-block east of Broadway.

Two witnesses called 911 just before 7PM to report that eight black men dressed as females were beating a male white jogger at Waveland and Pine Grove. Some of the attackers, including one wearing purple shoes, began walking toward Broadway on Waveland.

The victim escaped and met up with his wife, who also reported the attack to 911.

Less than a minute later, a police unit that was searching the area spotted three suspects matching the witnesses’ descriptions including one wearing purple shoes, standing at a bus stop on Broadway at Waveland.  The three men were detained while dispatchers called the victim and told him to meet officers at the bus stop so he could take a look at the suspects.

A positive ID was made at 7:13PM and at least one offender was taken into custody for assault.