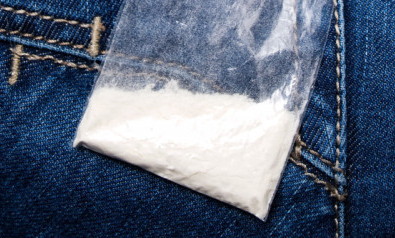 A man accidentally dropped a bag of cocaine as he walked along Halsted Street at Aldine Avenue this morning. Unfortunately for him, an off-duty Oak Park police officer saw him do it. The Oak Park cop detained the druggie and summoned Chicago officers who made the arrest.