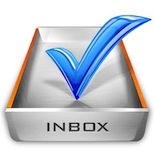 From the comments in our story about last Friday morning’s muggings:

Last summer, the bar owners on the Halsted strip hired private security to make the area safer. Do you know if they have done this again this summer?

We know that they say they have done it this year. DNAinfo recently reported that the Northalsted Business Alliance provides “$250,000 worth of private security” each year. Go ahead and digest that number.

Also, we are aware of exactly one case in which a 911 caller identified themselves as being a Northalsted security officer. There was one other case in which an off-duty officer called 911 about an incident on the street along Halsted, but that officer serves in Oak Park, Illinois.

***
Then, from the comments following our story about the great catch of a knife-wielding robbery suspect by our ass-busting graveyard shift cops:

***When all was said and done (taking multiple officers off the street and detectives assigned to investigate), the citizen who was robbed declined to prosecute the suspect who is currently on parole for (drum roll) robbery.***

If that frustrates you as much as it frustrates us, imagine how it must make the cops feel. Sadly, we suppose, they’re probably used to it by now. You need to take a stand if you’re victimized. Letting violent offenders go free to attack someone else does no good and may do a lot of bad.

And, finally, regarding this morning’s story about a known Gangster Disciple with a history of drug dealing and robbery, an anonymous commenter wrote:

How did you come by this information? Without citing any sources you could be making it all up for what we know.

One of the best things about writing CWB is that we are not bound by the AP Stylebook and all of the other nonsense that comes between what happens and what “normal” outlets report.

We do have some standards. We will not identify the gang member by name because he was not arrested, much less charged, this morning. We withhold the identities of victims, witnesses, and citizens who try to make our neighborhood better by calling the police.

To answer the reader’s question, though, the man’s name, gang affiliation, and other identifying information were transmitted as the matter was resolved.