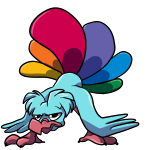 Friday, 19 July 2013 6:16PM
Traffic enforcement officer: The driver of the Channel 5 news truck locked their keys inside the news van with the engine running outside of the Wrigley Field McDonald’s on Clark Street.

Dispatcher #1: “Is there anyone out there with a car opening device who would like to help out the Channel 5 news truck?”

Dispatcher #2: “They always make us look bad. They can call Triple A!”

Saturday, 20 July 2013 2:23AM
Multiple callers report someone throwing things, including chairs, out of the  New York condominium high rise, 3660 N. Lake Shore Drive. Officers determined that the debris, which was falling dangerously close to pedestrians, had been tossed from the 44th floor.

Saturday, 20 July 2013 5:22AM
A caller refused to file an auto theft report with 311 and demanded that officers meet him at 3425 N. Halsted to locate his “$150,000 car.” Minutes later, a dispatcher reported that the vehicle in question is a 2005 Chrysler and suggested that the caller, “got carried away on the zeros.” Officers could not find the caller.