About 30 minutes later, a mob fight broke out in the street at Halsted Street and Aldine Avenue. That was the straw that broke the camel’s back, prompting the Chicago Police Department to force bars with 4 o’clock licenses to close by 2AM in order to prevent “potential rioting.”
Big thanks to our carrier pigeon. There will be some extra seed in your cage today.
Picture #1 shows the area at 12:14AM on Monday, July 1. Chicago Police Department records indicate that a victim was robbed at this intersection minutes before this photo was taken. 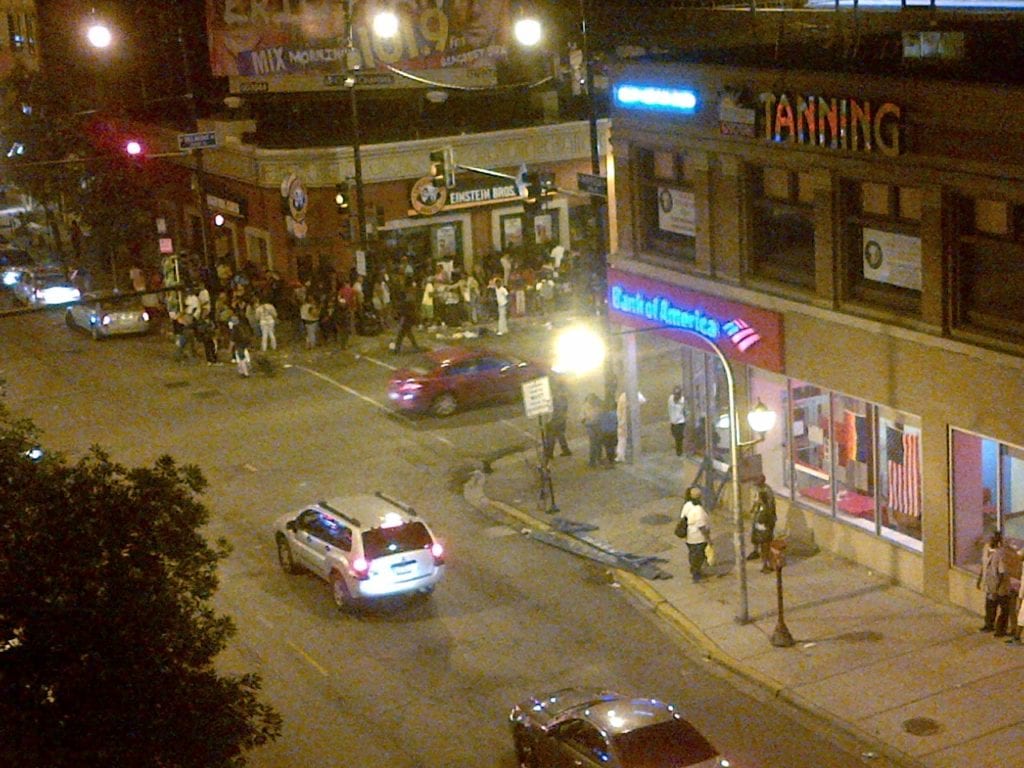 Belmont remained clogged with loiterers and the occasional bottle thrower for another hour. The pic below was taken at 1:09AM. It shows the first police units arriving in response to the “big fight” call. 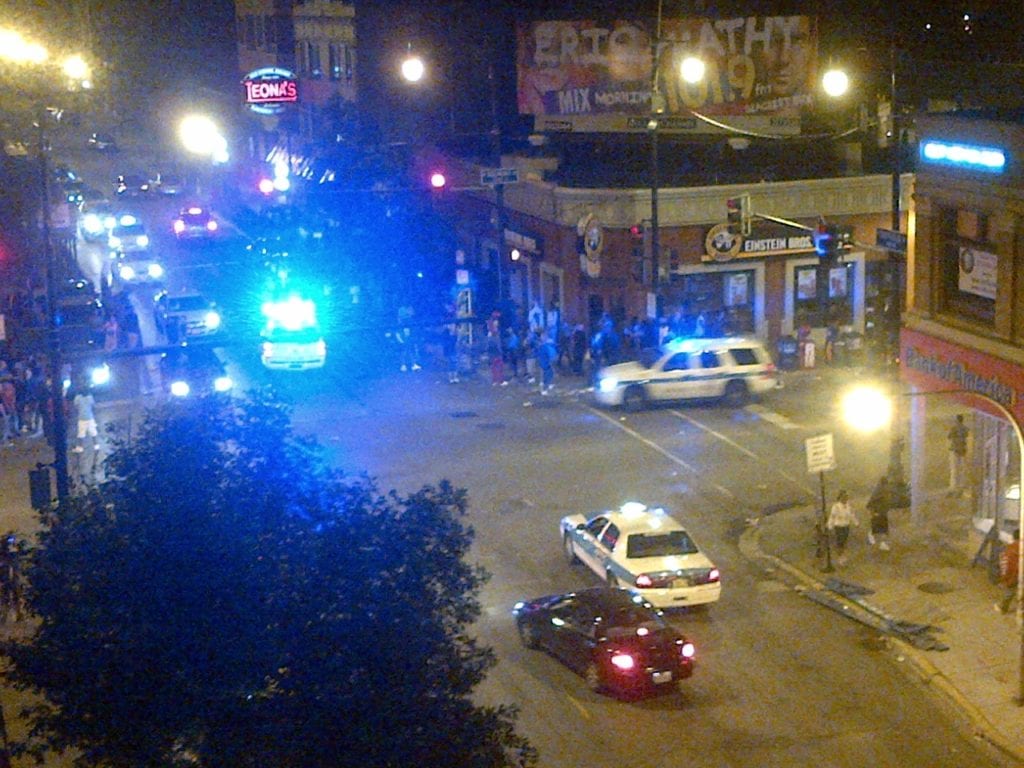 Pic #3 (below), taken at 1:11AM shows the crowd dispersing. Members of a Chicago Police Department SWAT unit can be seen standing in the street near Bank of America. 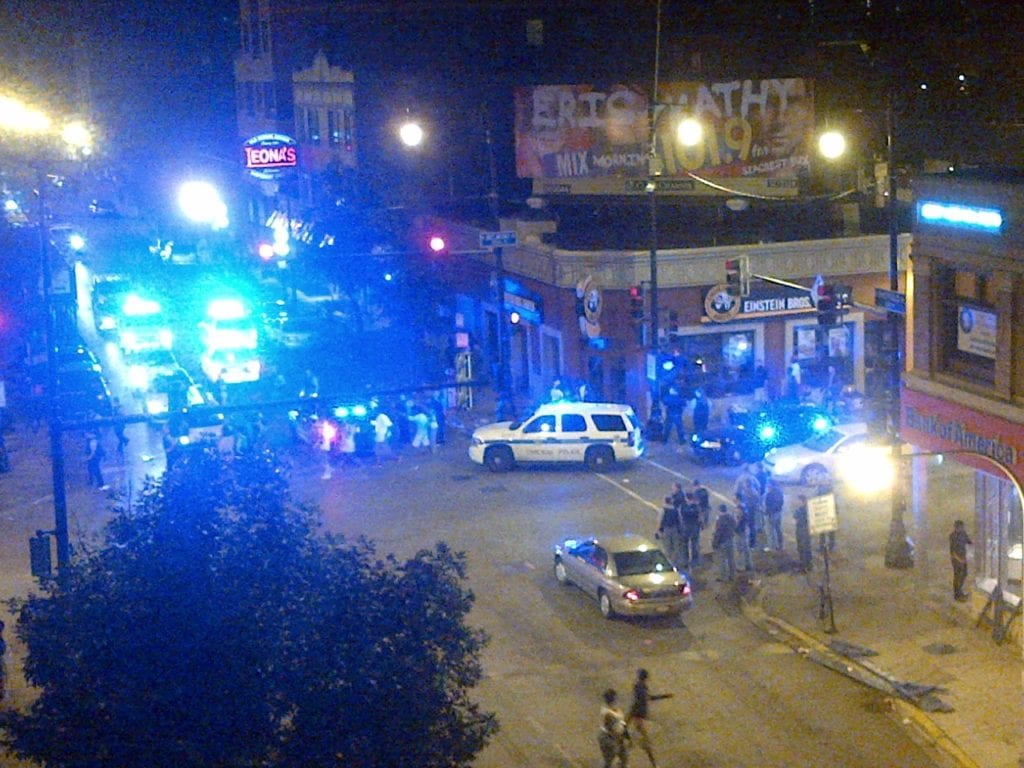 The happy news story is that police responded quickly to the 911 call.
The real story is that the situation should not have been allowed to brew for more than 7 hours.
About CWBChicago 4360 Articles
CWBChicago was created in 2013 by five residents of Wrigleyville and Boystown who had grown disheartened with inaccurate information that was being provided at local Community Policing (CAPS) meetings. Our coverage area has expanded since then to cover Lincoln Park, River North, The Loop, Uptown, and other North Side Areas. But our mission remains unchanged: To provide original public safety reporting with better context and greater detail than mainstream media outlets.
Website Facebook Twitter YouTube