Frankly, commander, you are full of shit. Your lies will continue to cause people to get hurt.

Here is the truth about where people have been robbed in our neighborhood this year. 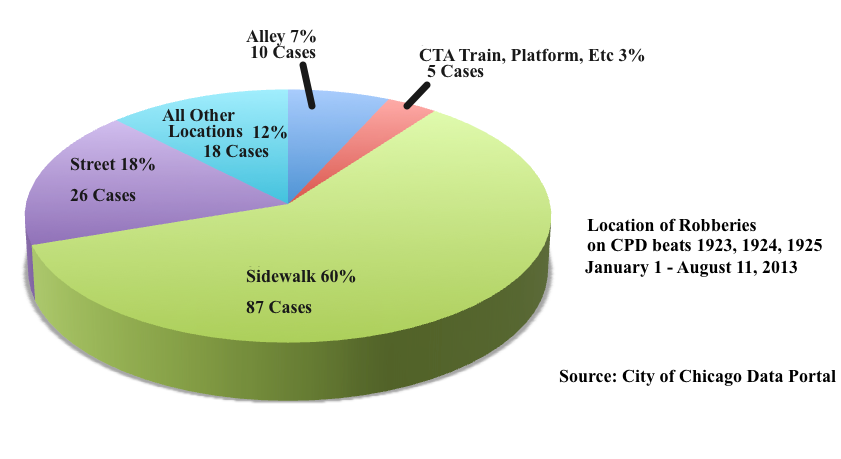 Commander, you refuse to acknowledge that we have a serious problem. You have a CAPS sergeant who says the increase in robberies is due to the sudden popularity of quarter-century old bar strips in Wrigleyville and Boystown.

And now you’re giving citizens false information. The public needs to know the truth about what is happening so they can make better decisions. How many people are going to believe you because you have a gold star and are an authoritative figure? How many are going to assume that the problem is largely in the alleys when, in fact, it is not.

You should be ashamed, commander. And demoted.

Commander, the CIA last week acknowledged the existence of Area 51. Surely you can man up and be honest with the public about what is happening outside their front doors.
About CWBChicago 4360 Articles
CWBChicago was created in 2013 by five residents of Wrigleyville and Boystown who had grown disheartened with inaccurate information that was being provided at local Community Policing (CAPS) meetings. Our coverage area has expanded since then to cover Lincoln Park, River North, The Loop, Uptown, and other North Side Areas. But our mission remains unchanged: To provide original public safety reporting with better context and greater detail than mainstream media outlets.
Website Facebook Twitter YouTube