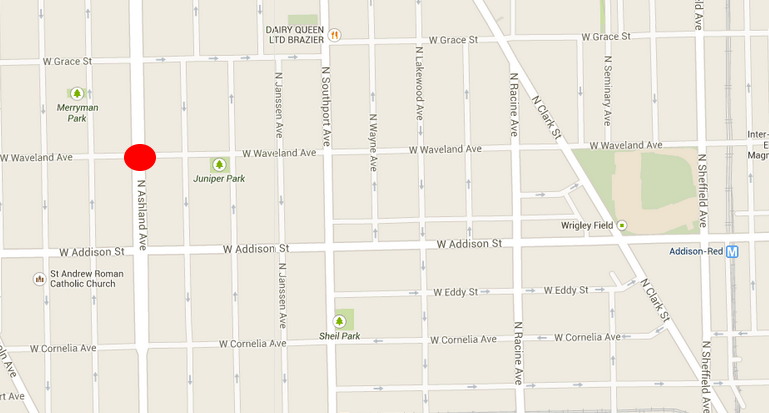 A Lake View woman was strong arm robbed of her purse just west of Wrigleyville, near Waveland and Ashland at 1:40 this afternoon.

The offender is described as being male, white/Hispanic or possibly Middle Eastern, in his 30’s, 5’8″ to 5’10” tall, with short black hair, wearing a puffy navy colored coat and blue jeans.

He was last seen running westbound on Waveland from Ashland.

The victim’s handbag is leather snakeskin and it contained her passport, debit card, and personal items.

Officers have searched the area, including the nearby Brown Line station without success.