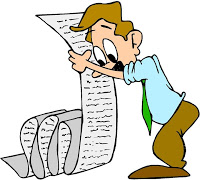 It became eminently clear this morning that our alderman and police commander’s promises to provide more police manpower to secure our streets were not sincere.

They lied to us. Again. There was a nice show of force last Friday, but this Friday was an unmitigated disaster.

There is no excuse for what happened last night. None.

– Hours-long waits for police to become available for robberies.
–  A man severely beaten, then robbed as he was sprawled out on the ground near Wrigleyville’s Taco Bell. No officers were available for 2 hours on that one.
– An apparent CAPS officer on Halsted foot patrol tells a purse snatching or robbery victim to walk to the police station if she wants to file a report.
– An officer transporting a stabbing/slashing offender is flagged down one block into the transport by citizens concerned about another man who is bleeding profusely from the head after an unrelated attack.

It was mayhem. And there were no cops. The district entered Radio Assignment Pending (RAP) status at 2:58AM and it stayed there until 6:32AM

At 4:21 this morning, the 19th district dispatcher read of a list of calls waiting for police officers to become available. The list ran so long, the dispatcher eventually stopped saying what the calls were for and just gave addresses. When she was done, an officer in the field offered four words: “Are you kidding me?”

A string of robbery victims from Clark and Belmont to Addison and Halsted called for help, but received none for up to an hour.

The district’s critically low police presence reached near-comical levels when a single radio car was given three calls to handle at once:

– A hit and run at Diversey and Paulina.

– A robbery at Addison and Halsted in which the victim was chasing two offenders.

Where does one begin with an assignment like that?

On their way to the 3260 N. Clark call, the officers were flagged down by a citizen who had been beaten up near Clark and Belmont in an unrelated incident. It is not clear if a report was filed in this matter.

Nothing is being done.

Image: Spinach And Yoga
About CWBChicago 4360 Articles
CWBChicago was created in 2013 by five residents of Wrigleyville and Boystown who had grown disheartened with inaccurate information that was being provided at local Community Policing (CAPS) meetings. Our coverage area has expanded since then to cover Lincoln Park, River North, The Loop, Uptown, and other North Side Areas. But our mission remains unchanged: To provide original public safety reporting with better context and greater detail than mainstream media outlets.
Website Facebook Twitter YouTube