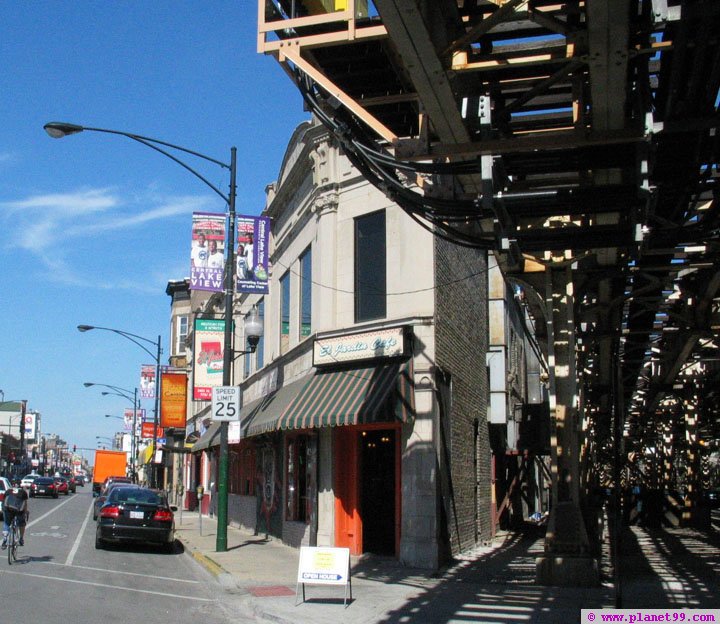 We love to report success stories! Saturday evening starts off with one such tale:

19th district officers jumped on a phone theft in progress at El Jardin restaurant near Buckingham and Clark just before 6pm this evening.

Officers witnessed an offender snatch an iPhone and Rayban sunglasses off of a diner’s table.

Police engaged in a foot pursuit eastbound through the alley between Roscoe and Newport, capturing one offender.

The second offender appears to have escaped. He was last seen in the area of 860 W. Roscoe Street.

A witness believes the offender was seen inside of a trash can near Buckingham and Clark later in the hour, but a second search by officers appears to have been unfruitful.

The apparently at-large offender is described as a male, black, 5’8″, in his 20’s, dark complected, wearing a white/gray t-shirt.

Thank you officers for your quick action and tenacity!

Image: Planet99
About CWBChicago 4360 Articles
CWBChicago was created in 2013 by five residents of Wrigleyville and Boystown who had grown disheartened with inaccurate information that was being provided at local Community Policing (CAPS) meetings. Our coverage area has expanded since then to cover Lincoln Park, River North, The Loop, Uptown, and other North Side Areas. But our mission remains unchanged: To provide original public safety reporting with better context and greater detail than mainstream media outlets.
Website Facebook Twitter YouTube