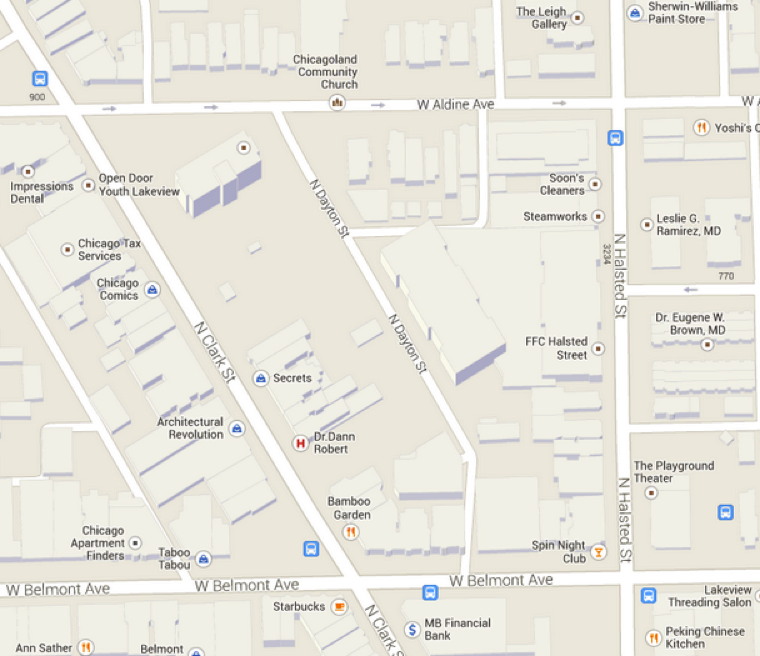 At 12:45 this morning, a man who was walking to his late night job called 911 to report that a man approached him near Clark and Aldine, then put his arm around the caller’s neck and said “give me all you got.”

The caller began moving toward Halsted Street on Aldine and the man followed him, said he had a gun, and threatened to shoot the caller. The caller evaded the man and made it safely to a late-night business on Halsted Street where he called police.

The suspect is described as male, black in his 20’s, thin, short curly hair, wearing a white t-shirt and dark pants.

Officers were given the call as “information for the police” rather than a call for police assistance, so it appears that no report will be filed at this time.