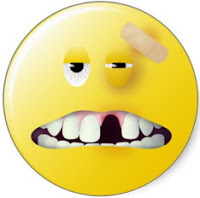 At 2:41AM, several callers reported a large crowd building on Sheffield Avenue, one block south of Belmont. A group of three people, which included one female, damaged a Chevy Blazer and beat up a Hispanic man in a black shirt. The offenders fled the scene northbound on Sheffield.

The district was running low on manpower at the time, although it was not completely depleted yet. Officers made it to the scene 20 minutes after the initial call for help. By that time, an ambulance had already taken the victim to Illinois Masonic Medical Center.  Case #HW401210.

Less than 300 yards away, a man had his cell phone snatched in the 900 block of W. Fletcher around 3AM. The suspects, described as three males, black, and in their mid-teens, fled northbound. Officers reported 16 minutes later that they were looking for the victim, but there is no indication that contact was made. Case number cannot be determined due to the large number of thefts that have been recorded in police reports for the general area around that time.