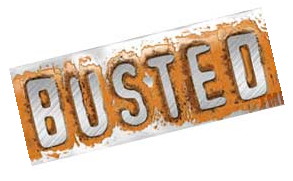 Officers responded to a battery in progress call on Belmont between Halsted and Clark at 2:31 this morning. The incident turned out to be a robbery in progress.

Within seconds of the 911 call being made, a police unit on routine patrol happened to pass by as the robbery continued. Officers chased three offenders up Dayton Street (the “alley” that runs north from Belmont between Halsted and Clark).

Two suspects were detained at the corner of Aldine and Dayton. The third offender was chased on foot west to Clark, then south toward Belmont. The third individual, described as male, black, wearing a black sleeveless shirt, was last seen running toward the Belmont Red Line on Belmont.

About an hour later, officers on patrol happened upon an apparent strong arm robbery at Belmont and Wilton, one block east of the Belmont Red Line station.

One suspect was taken into custody at 4:01AM.

The victim was transported to the station where officers worked on the case. For unknown reasons, the matter was resolved as “other police service” and no police report has been filed.