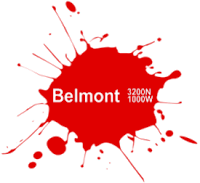 Officers called for an ambulance at the intersection of Belmont and Wilton, just east of the Belmont Red Line station this morning at 2:15AM after a man was stabbed or slashed in the neck. His injuries were not believed to be life-threatening.

One suspect is in custody. The incident will be recorded as an aggravated battery with a knife/cutting instrument. Chicago Police Department case #HW421222.

As officers transported the offender in the above attack at 2:34AM, they were flagged down a block away at Belmont and Sheffield by citizens who reported a man bleeding heavily from the back of the head. An ambulance transported the man to Illinois Masonic Medical Center, where he refused to speak with police officers. No report filed. Witnesses at the scene said the man had been “beaten up by security.”