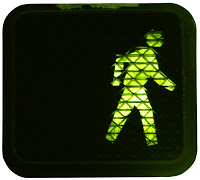 A woman’s purse was taken around 2 o’clock this morning by a man who ran off through an alley in the 800 block of W. Cornelia. The victim’s call for help was assigned to a police unit that could not respond because it was tied up on another matter. About an hour later, an officer on Halsted Street foot patrol made contact with the victim and told her to walk to the station to file a report.
The desk officer classified the case as a theft/purse snatching under case #HW421236