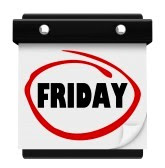 This morning while walking my dog found a dumped backpack with make-up, stethoscopes, and a prescription med with the name, emailed the presumed victim off the bottle and notified the 19th district. According to linked-in she’s a nursing student at UIC. 19 actually sent someone to my house to fill out a report and pick up the bag within 20 minutes.

Turns out the owner of the backpack lives right down the block…and came by to thank my wife and I personally. Apparently she had her backpack in her car and it was a smash and grab.

Great to hear that there was some good that came out of her unfortunate situation. Readers may recall a similar situation in which a CWB reader found a rifled purse and the 19th district told him to simply throw it away. We like today’s story a lot better. Thank you, officers…and thanks to our reader, too.

Mind Readers
From our comments section,

CAPS program needs to go away. Most real Police will say the same thing. It’s a waste of $ and time. Results = 0. It’s used a PR lying machine. What have we accomplished by these meetings?

Sadly, we agree. The CAPS officers, and the 19th district has p-l-e-n-t-y of CAPS officers, should be put on the streets. The once-useful program has gone astray and it has actually become a disservice to the community. Nix it.

Not So Funny Meow, Is It?
Moderator-deleted comment of the week:

You pussies don’t even know what a bad neighborhood is.

To the contrary, we do know. None of us at CWB was born with a silver spoon in our mouth. A couple of us hail from very, very bad neighborhoods in other cities.

We see some some unfortunate developments in our great neighborhood. Wrigleyville and Boystown will be much better off if we fix our problems now rather than allow them to become further embedded.

CON-Stat
From the comments section of our report questioning the CPD’s false claim that area police beat 1924 is the most heavily-populated in Chicago,

When the city (CPD Brass) makes up bold faced lies such as this, they’re essentially giving the Wrigleyville citizens the finger.

You would too, if you had Rahm’s boot on the back of your neck and McCarthy’s boot up your ass, like they do!

Understood. What we are seeing play out here are the classic symptoms of CompStat gone awry. CompStat is a statistics-driven approach to law enforcement.

District leaders are expected to reduce crime statistics. In Chicago, including the 19th district, the commanders are expected to continuously reduce reported crime, particularly “index crime” even as they are stripped of sufficient manpower to deliver legitimate results.

After going as far as possible with the manpower that they have, they need to find other ways to keep crime “down.”

A lack of manpower “helps” by reducing the number of officers available to complete timely reports.  Fewer reports = fewer crimes reported = crime is “down.”

It’s easy to craft a police report narrative that frames a “low-level” robbery in a way that it can be officially classified as a “theft.,” which keeps one crime out of the violent crime index count. Say someone kicks your back door half-way in at 3AM, then runs away when you turn on the lights. That sort of thing can hit the books as criminal damage to property when it may be more accurately logged as attempted burglary.

If we’re seeing our police commander make up stories about where people are being robbed around here (not in the alleys, BTW) and the police department falsely claim that beat 1924 is the most heavily-populated beat in Chicago, and ongoing evasion and disinformation antics at CAPS meetings, then why should we believe that the department is being honest with its behind-the-scenes operation?

Chicago’s current police superintendent came from New York City’s CompStat-driven police department. You can Google the night away on that, but we would start you here,

[…] a combination of pressure to downgrade index crime combined with lesser pressure to maintain crime data integrity has contributed to manipulation of crime statistics.

Thank You
It has been another busy week around here. Thank you–yes, you–for your ongoing support and care for our community. Your emails have been wonderful and sometimes horrifying to read. Thank you for sharing your experiences with us.

We’re looking forward to a enjoying a classic Chicago summer weekend. Get out and some fun!