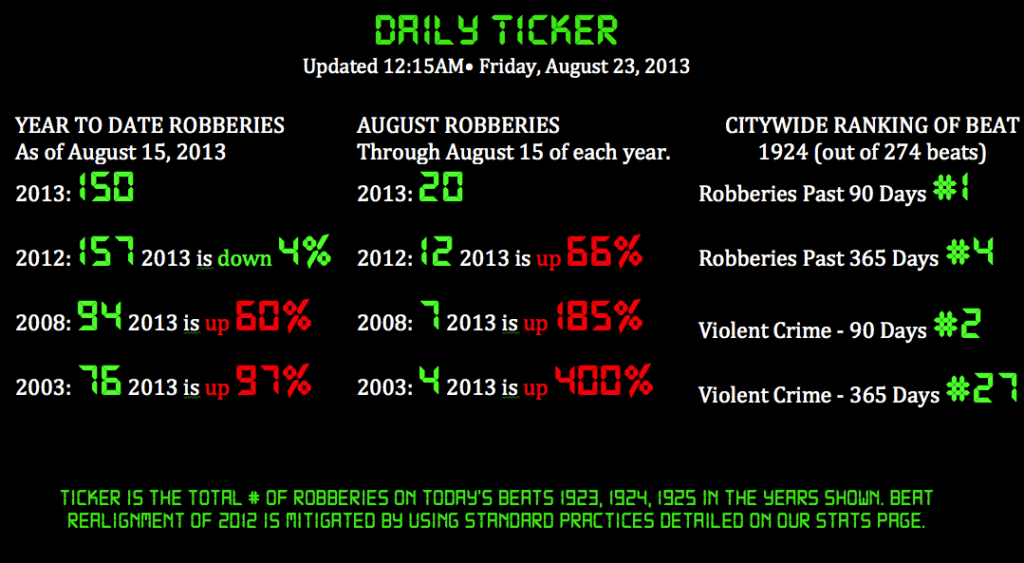 Good news
No new robberies to add from August 15.