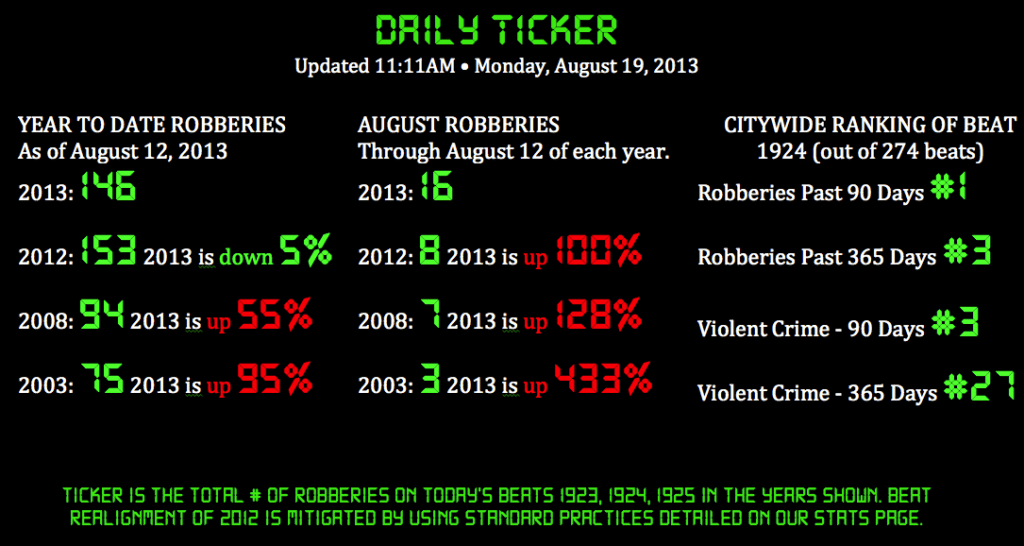 The city released the details of 5 local robberies today. CWB original reports are linked, if available.