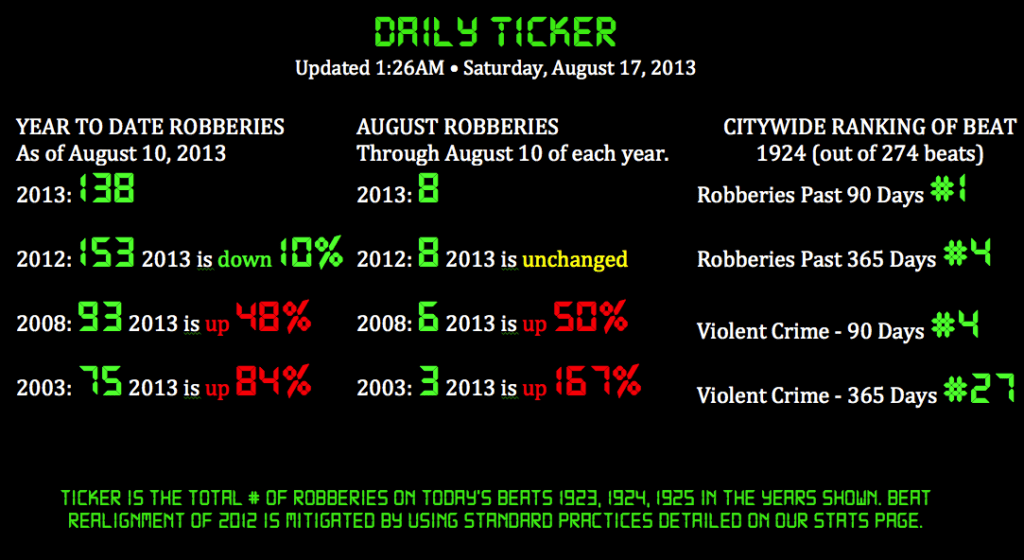 Two robberies are added to the board from Friday, August 9th. Both are linked to CWB’s original reports: