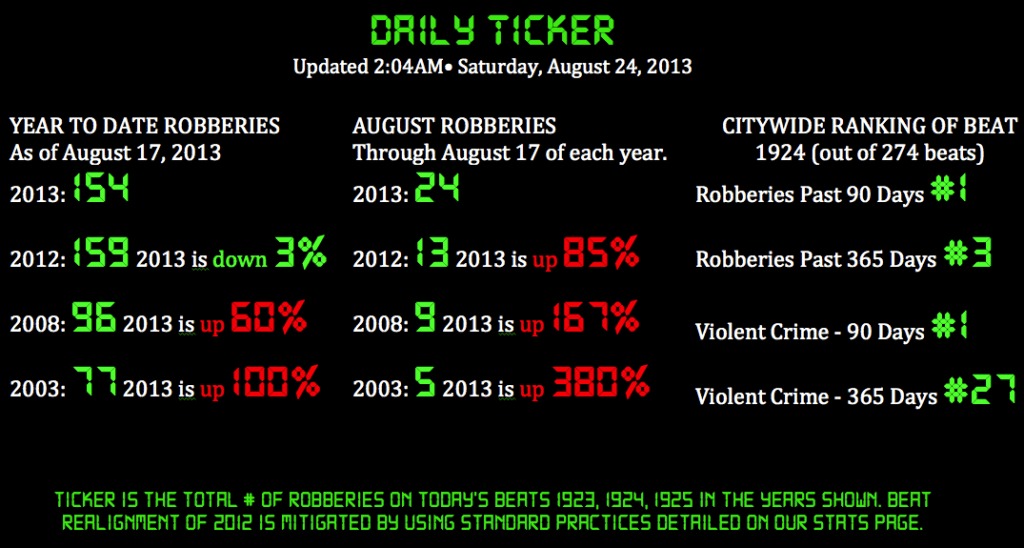 The city has confirmed four new robberies from last Friday and Saturday. Original CWB reports are linked, if available.