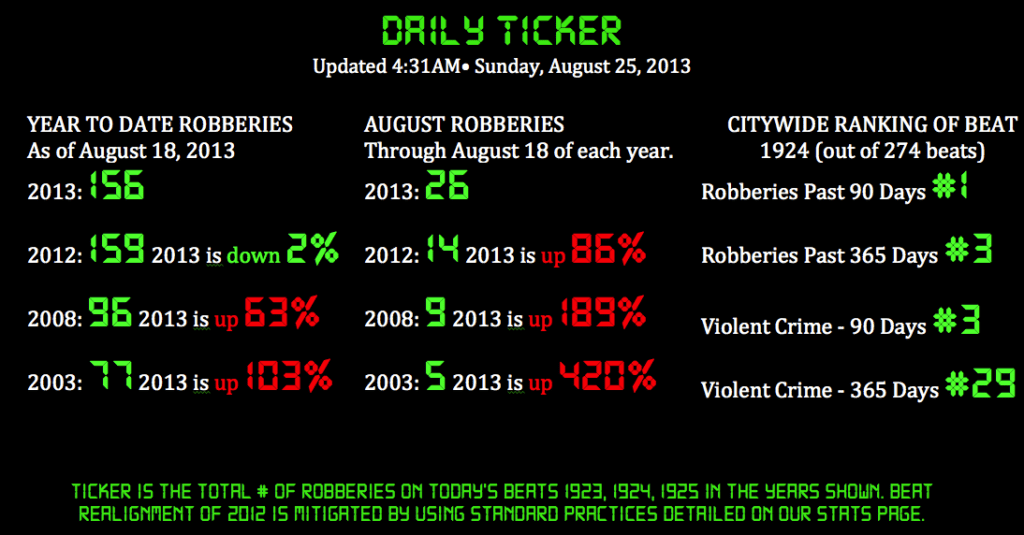 The city has released the following new information regarding two robberies that occurred in Wrigleyville on the morning of Sunday, August 18, 2013. CWB’s original reports on both robberies are linked below.