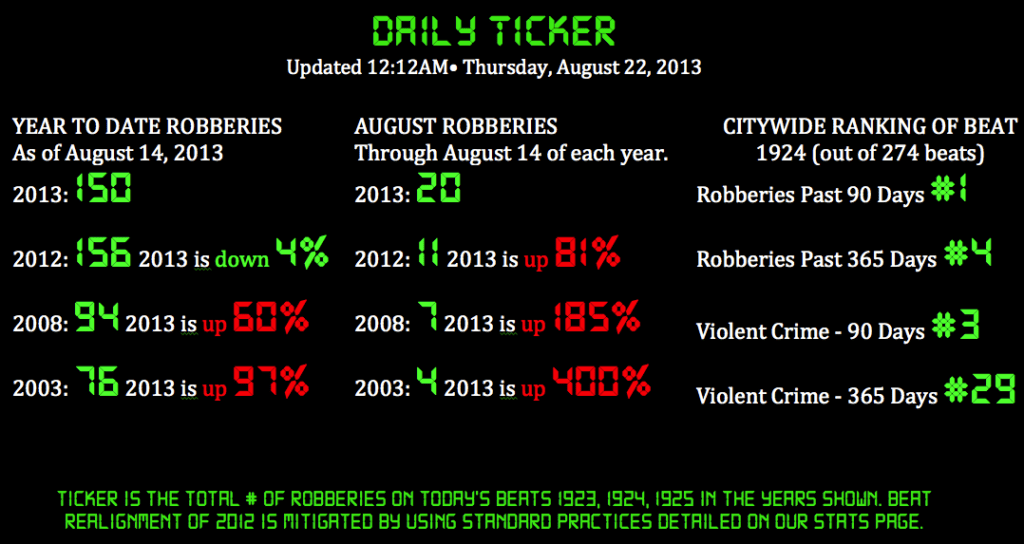 The city released details of one area robbery today.


The CWB Daily Ticker is a dashboard of the most up-to-date robbery statistics possible for our neighborhood over the past year, 5 years, and 10 years.