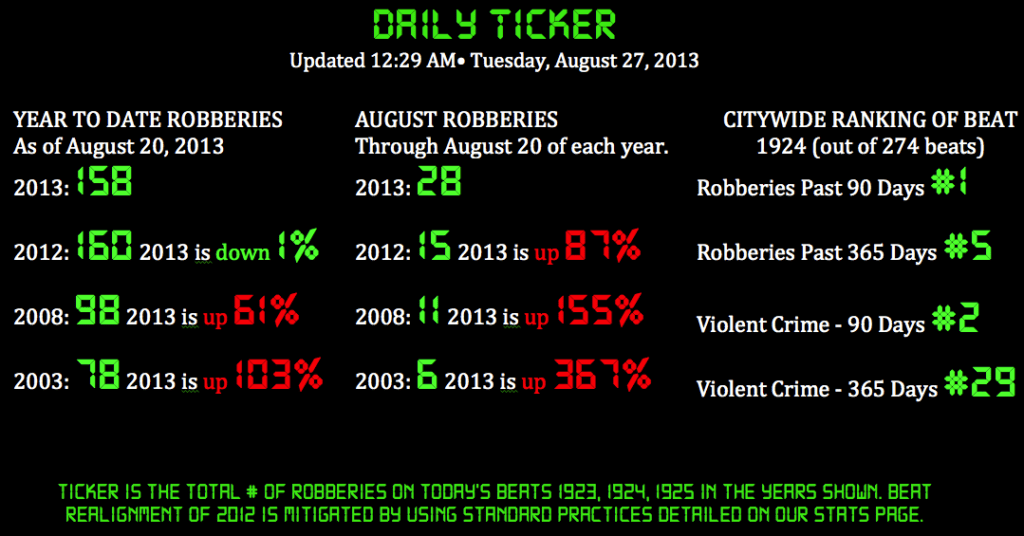 The city released information today on one new robbery in the area from Monday, August 19.
CWB has no original reporting on this incident.