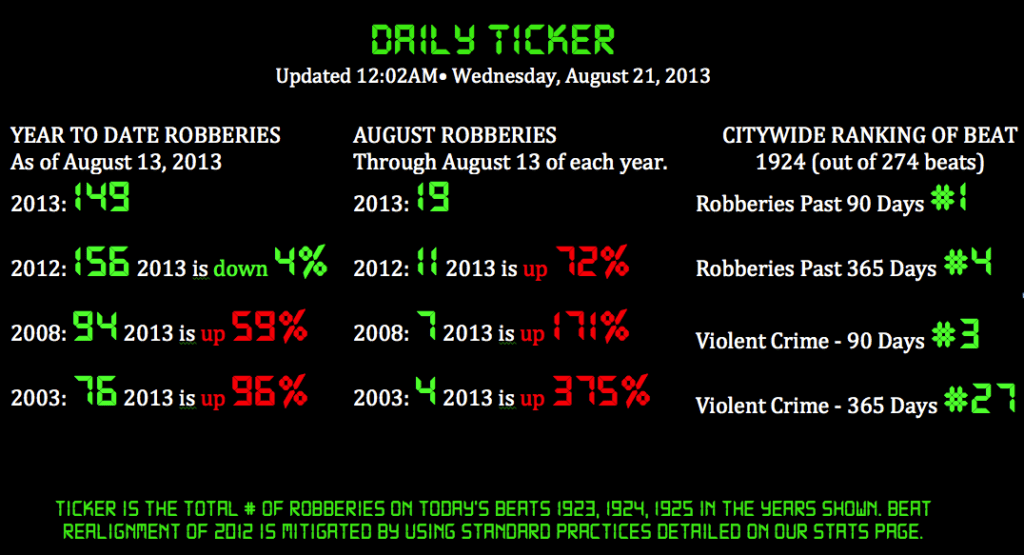 The city released information regarding one new robbery this morning: