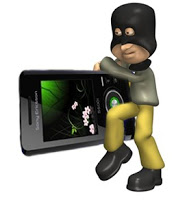 2:44AM
Officers were flagged down by a man near Belmont and Clark who said he had been robbed of his iPhone around 2:15AM near Chicago Tattoo and Piercing Company, 900 W. Belmont.

The offenders were last seen running northbound on Sheffield from Belmont. Case #HW405487.

3:56AM
A big old fight broke out around Big City Tap, 1010 W Belmont at Sheffield. A sizable police response brought things under control and at least one person was taken into custody at 4:20AM. Case #HW405507 records an aggravated battery with a dangerous weapon.

4:16AM
A man called 911 from the McDonald’s across from Wrigley Field to report that his wallet had been stolen. The offender, described as male, black, wearing a black shirt, shorts, and a back pack, was last seen walking eastbound on Addison toward the Red Line station with two other men and, possibly, a female. The victim was later reported to have been inside the 19th district station speaking with desk officers.

4:22AM
An officer reported that “some drunk” reported being robbed at the Addison Red Line station. The drunk, who apparently had difficulty communicating his name, was not the same person who called for help from the McDonald’s 6 minutes earlier. No report filed.

5:49AM
A witness reported seeing two offenders snatch a victim’s phone, then run northbound from Belmont and Sheffield. The witness said the victim jumped into a cab and took off. Since there was no victim, there was no crime and the call has been closed without a report. Case number uncertain, possibly HW413844.

Image: Mobiles Room
About CWBChicago 4360 Articles
CWBChicago was created in 2013 by five residents of Wrigleyville and Boystown who had grown disheartened with inaccurate information that was being provided at local Community Policing (CAPS) meetings. Our coverage area has expanded since then to cover Lincoln Park, River North, The Loop, Uptown, and other North Side Areas. But our mission remains unchanged: To provide original public safety reporting with better context and greater detail than mainstream media outlets.
Website Facebook Twitter YouTube