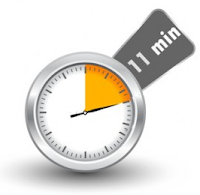 Update: The victim was stabbed an estimated 8 times in the neck and abdomen, according to initial information at Illinois Masonic Medical Center. She was rushed from the hospital emergency room to its operating room within minutes of arrival.

Eleven minutes. That’s how long it took for our grossly understaffed police district to get an officer on-scene in response to a domestic-related stabbing in a nearby section of Lakeview last night.

Investigators believe a 20 year-old man stabbed his girlfriend in the 1200 block of Wellington around 11 o’clock last night. Witnesses called 911 in droves to report the attack. The victim refused to implicate her boyfriend during pre-surgery questioning by police.

But the helpless police dispatcher could not find an officer who was available to help.

She did her best, but every unit she tried to dispatch was tied up.

The first unit said that they could not respond because they had been assigned to stand guard over an individual at Weiss Hospital.

A second unit said they were busy doing paperwork.

And it kept going from there. No officers on the radio were available to help.

Four minutes after the first attempt to assign the call, a solo officer was essentially told to handle it. Alone. A knife attack.

The officer, who was just coming on duty, tried his best to rush from the police station and help. A tactical unit was the first to arrive on-scene, eleven minutes after the dispatcher’s first broadcast of the event.

The boyfriend, described as a skateboard-bearing male, black, 6-feet tall, 20 years old, wearing a black tee shirt and blue jeans was last seen going north on Lakewood Avenue. We are withholding his name because he has not been detained or charged with the crime.

The stabbing is categorized as an aggravated domestic battery with a knife/cutting instrument under Chicago Police Department case #:HW402497