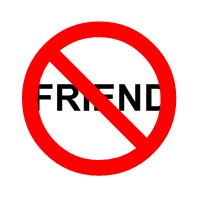 A woman was robbed of her iPhone as she walked her dog this morning in the 700 block of Buckingham, east of Halsted Street.

Multiple residents called 911 shortly before 6 o’clock to report the attack, with one saying they could hear a female screaming for a man to get away from her.

Witnesses saw the offender, described as male, black, 20-22 years old, 5’7″ to 5’8″ tall, about 140 pounds, with very short hair or a shaved head, wearing a blue hoodie and black gym shoes take the victim’s iPhone and run toward Halsted Street. An additional witness saw the assailant continue running west from Halsted toward Clark Street.

In addition, police followed up on a citizen report of suspicious persons at Buckingham and Broadway in the moments after the robbery. Officers determined that those individuals were not involved in the crime.

The victim, using the screen name “5yr Lakeview Resident” posted in our comments section that the offender’s approach and appearance reminded her of the “Friendly Fellow” suspect that we reported on this weekend.

I was robbed at Buckingham and Halsted this morning at 5:51 a.m. – I know the time, because I was able to dial 911 before the “friendly fellow” who was attempting to chat me up was able to grab my phone. The offender was a young african american, 20-22 yro, approximately 5’7″-5’8″ with a very slender build, blue hooded sweatshirt and jeans. Sounds very similar to the offender profiled in the attack early monrning 8/19

To be clear, I did not engage in conversation with the offender. Once he apprmached me, I VERY loudly directed him to not follow me as I continued to walk and then yelled that I would call 911. Thankfully, others clearly heard me and were able to call. Once my own call got through to a dispatcher is when the offender attacked me. All you can do is be vigilent and not hesitate to yell or scream or call the police whenever you feel uncomfortable.

Before this morning’s robbery, yet another CWB reader commented,

This same man robbed me…at1:30-2am! I never talked to him. He sprinted up to me and pushed me and ripped the phone out of my hand. There was no conversation that occurred and i didnt even see him coming. This man needs to be stopped.

CWB also reported this weekend on a case from July 14 in which a victim was approached and engaged in a conversation with a man who suddenly pushed the victim to the ground and stole his phone at Halsted and Aldine. The police report describes the offender only as black and male.
It is not known if these incidents are related.
About CWBChicago 4360 Articles
CWBChicago was created in 2013 by five residents of Wrigleyville and Boystown who had grown disheartened with inaccurate information that was being provided at local Community Policing (CAPS) meetings. Our coverage area has expanded since then to cover Lincoln Park, River North, The Loop, Uptown, and other North Side Areas. But our mission remains unchanged: To provide original public safety reporting with better context and greater detail than mainstream media outlets.
Website Facebook Twitter YouTube