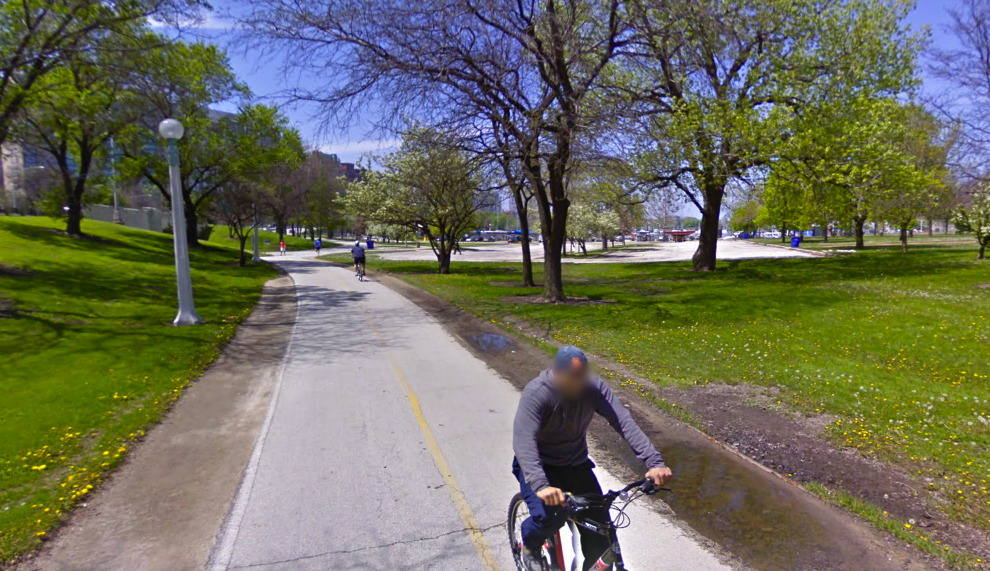 Another victim who was robbed (or will it be downgraded to, uh, “theft-ed” by the police?) has taken to Reddit to share his story. In a post entitled, “A group of young guys are jumping people all over the city. Be warned and don’t walk (or bike through the park) home alone late at night,” Reddit user “busman” writes about the attack near Belmont Harbor,

They got me even though I was on my bike. One block away from my place I was just slowly gliding home as care free as can be. Then as soon as I look up I realized I was surrounded. They started throwing punches but weren’t able to land a direct blow.

One of them pushed me but I managed to ditch the bike and start running in one fluid motion. One of them ran after me and managed to yank my backpack hard enough to break the strap.

Also, if anyone happens to notice a bright orange Fuji declaration (with a red sticker that says Going Places) for sale at a bike resale shop, a message would be much appreciated.

Busman says he has spoken with an officer and a detective. In a private email to CWB he stated that a police report has been filed.

Image: The Lakefront Trail south of Belmont as seen on Google Streetview.
About CWBChicago 4363 Articles
CWBChicago was created in 2013 by five residents of Wrigleyville and Boystown who had grown disheartened with inaccurate information that was being provided at local Community Policing (CAPS) meetings. Our coverage area has expanded since then to cover Lincoln Park, River North, The Loop, Uptown, and other North Side Areas. But our mission remains unchanged: To provide original public safety reporting with better context and greater detail than mainstream media outlets.
Website Facebook Twitter YouTube