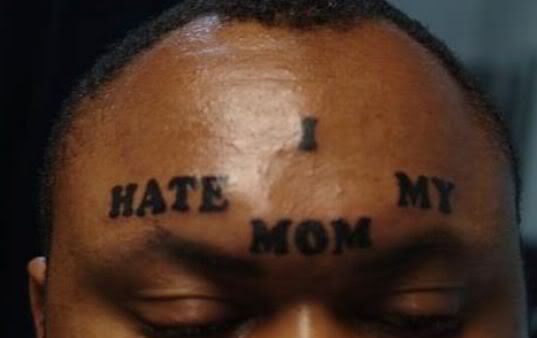 For the second time this week, 19th district officers yesterday received an alert that a wanted man who has the words “I Hate My Mom” tattooed on his forehead could be in the area.

Detectives in the Loop said that the man was wanted for attacking a CTA bus driver. They determined that the alleged attacker could be on a northbound bus that was approaching Belmont and Sheridan around 1:30PM.

Officers removed the man from the bus at Lake Shore Drive and Waveland, then took him into custody for further investigation.

The victimized CTA driver was headed to the 19th district to determine if officers had apprehended the correct man with “I Hate My Mom” tattooed on his face.

On Monday evening, a man matching Wednesday’s arrestee threw a rock and spit on a CTA bus driver near Fullerton and Lake Shore Drive.