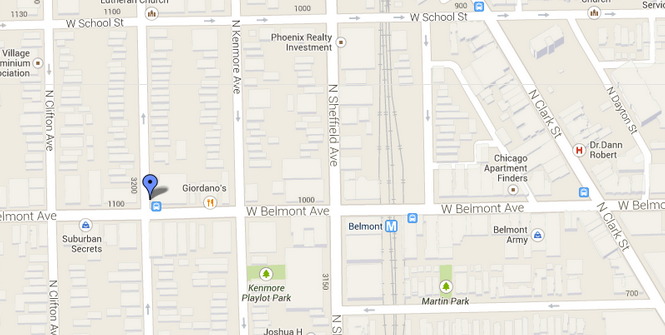 A man was tackled from behind and robbed on Seminary Avenue and Belmont about a block west of Sheffield shortly before 1 o’clock this morning. Initial reports indicate that the offenders had, or claimed to have, a gun.

The attackers, who were described as three males, black, between 5’10” tall and 6″ tall, wearing black hoodies, fled southbound on Seminary from Belmont Avenue. The victim could offer few other details because the robbers told him to run away after they got control of his iPhone5.

Police searched the Fullerton CTA station for the offenders, but came up empty handed.