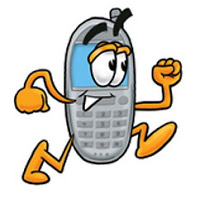 The incident began around 5:45PM when the offender stole a man’s phone near Waveland and Lake Shore Drive. The offender is described as being male, black, in his 20’s 5’8″ tall, 150 pounds, wearing a black hat, tank top, and a Michael Jordan back pack headed westbound on Waveland in the company of two females.

Officers stopped a group of individuals matching that description at 3720 N. Pine Grove and the victim positively identify the man as the thief.

It is not known if arrests were made. No report appears to have been filed.

Image: Paddlecraft
About CWBChicago 4360 Articles
CWBChicago was created in 2013 by five residents of Wrigleyville and Boystown who had grown disheartened with inaccurate information that was being provided at local Community Policing (CAPS) meetings. Our coverage area has expanded since then to cover Lincoln Park, River North, The Loop, Uptown, and other North Side Areas. But our mission remains unchanged: To provide original public safety reporting with better context and greater detail than mainstream media outlets.
Website Facebook Twitter YouTube