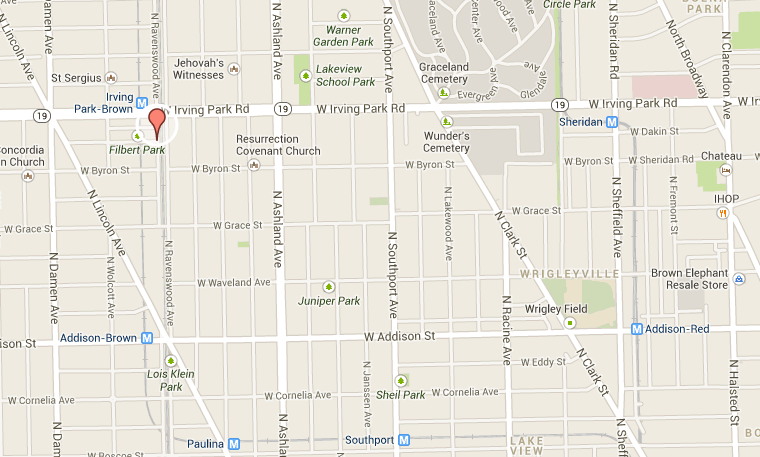 A woman was robbed in Lake View west of Wrigleyville at 2:25 this morning near Larchmont and Ravenswood. A 911 caller near the scene reported hearing a woman screaming and someone else running.

Officers arrived to discover the strongarm robbery victim who lost her keys, wallet, and cell phone in the attack.

The attacker is described as a male, white wearing a white t-shirt and a backpack. He escaped on a mountain bike and was last seen passing Ravenswood and Grace.