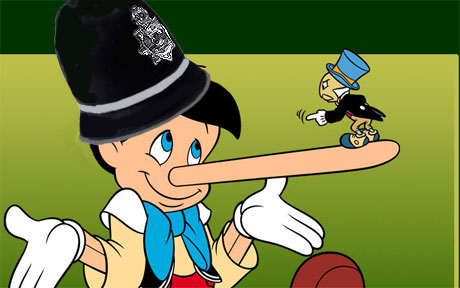 A reader forwarded an email exchange that he had with an executive within the Chicago Police Department about our neighborhood’s crime problem, specifically beat 1924’s rank as #1 for robberies over the past 90 days.

The executive wrote, “Beat 1924 has been number 1 in robberies for the last 6 years yet you choose to attack me. You must have an agenda.”

By now, you’ve probably guessed that the exec’s claim that 1924 has been #1 for 6 years is yet another in the long list of lies the department has produced in lieu of improved police protection.

It took us roughly 4 minutes to prove his latest statement wrong, mainly because we had to use Excel and most of us CWBers hate that program. We pulled all robberies in 2010 for just the 8th district:

Since the CPD realigned police beats after 2010, we had to filter area robbery history a few times in order to whittle all of Lake View’s 2010 robberies down to those within current beat 1924. We stopped wasting time once we realized that the number of robberies would be under 100.

And, no, Mr. Police Executive, we won’t calculate the totals for the other 300 beats over the course of six years. And we’re equally certain you won’t release that information, either. Liar.