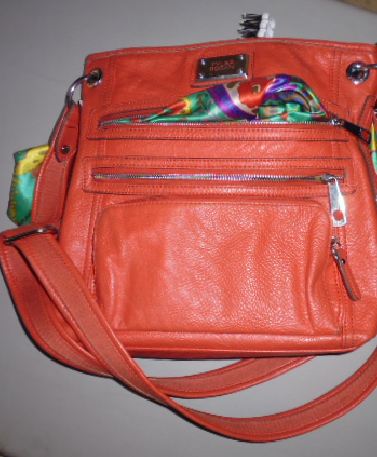 I found a purse today in the alley behind Aldine. It was empty and it appeared that someone had rifled through it and stolen anything valuable.

Scattered on the ground were [deleted]. There was also a business card from [deleted].

I called the district 19th phone number and was told to throw it away since there was nothing valuable. But, I figured I’d at least attempt to track down its owner. I put a posting on craigslist’s lost & found.

We have cropped “something” out of this picture. If you can identify the “something” in detail, we will put you in contact with the person who found it.  Drop us a line via the comment box below (we will not publish your message) or by the email address atop the right hand column.

Alternatively, you can check Craigslists’ lost & found section. There is a posting on there as well.

Thanks to the CWB reader who thought to contact us.