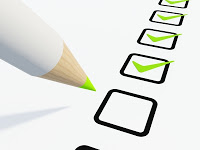 Clearing out our notepad before the weekend starts:

“I’ve lived at Belmont and Sheffield for 6 years and I’ve never seen anything unusual.”

19th District CAPS Sgt. Jason Clark’s offering of “No one goes to Division Street. No one goes to Wicker Park. Everybody goes to Lakeview,” as an excuse for high street crime rates here brought a good chuckle from one of the CWBers this morning.

Remember the big NATO summit last year, when Chicago Police called in support troops from Charlotte, NC, Philadelphia, the State Police, and a host of other agencies?

Even with the need to have all hands on deck, the CPD still managed to have its routine allotment of officers and police vehicles posted on that Division Street where “no one goes.” Except, on NATO weekend, the officers and vehicles were from the Illinois Secretary of State Police force. We had never heard of them, either.

Division Street continues to have multiple police vehicles and officers posted on foot every weekend, usually outside of the Fifth Third Bank at Dearborn and Division. Stop by and say “hello,” sergeant.

Excellent Idea From The Comments Section

Residents on these troubled streets should take video of the nightly hellscape and post it on youtube. Years ago there was a troubled nightclub and residents got it closed by documenting the constant fights.

We need our own video lookout.

UPDATE: The YouTube page links to a full-blown web page about the problems the Lake/Halsted area had.  Take a look.  The issues in their case appear to have stemmed from nightclubs that were being bad neighbors. That’s not exactly the issue we have, but there are some interesting parallels and ideas as we scratch the site’s surface.

And Another Great Idea From Your Comments

I would like to start reading some comments or guest blogs by crime victims and their spouses, families, friends. Even the doctors & nurses who treat them.

The stats & bullet points if their attacks can never compare to actual, real stories.

We need to tap into the humanity in readers to get them fired up enough to ACT-UP.

Keep on at it y’all! You do great work.
Danny in Lake View

Thank you, Danny! We love your suggestion and you’re right. Numbers don’t have nearly as much meaning as real stories. We’ve had several victims contact us by email in recent weeks. We’ll reach out to them to see if they would like to tell our readers about their experiences.

The CWB crew has 4 victims in-house, too. We’ll put our stories up to get the ball rolling.

Someone needs to start a youtube channel, and anyone who’s been victimized (who’s willing) could post a message filmed at the location of the crime with whatever business is there clearly visible that gives the date, address, details of the incident and police response (good or bad). they can also give the proximity of the crime to the police station and to the office of the Alderman and State Representative. Anyone who is able to safely film gangs and mobs and fighting could post that as well.

It’s obvious that the media is going to tow the “perceived increase” message and blame the victims. These reddit postings seem to be catching on and getting a lot of comments. There should be a “diary” of what’s happening here posted onto youtube…it would resonate far more than some 30 second whitewash segment by some local media hack.

Walking home tonight (8/15 9ish), I did notice more police presence, especially at Halsted & Belmont (presumably because the night ministry was out). Uniformed officer walking around the SW corner, CPD SUV parked in front of the Belmont stop, and another driving down Belmont. Even had an unmarked car check out three people who were loitering around on Orchard St right outside my building in a dark area. It looks like the pressure for a greater police presence in the area may be paying off.

Thanks for starting this blog. My GF and I have been living in Boystown for three years now and love it! Citizen involvement is what will keep this place a great area to live in.

Thank you for taking the time to comment. We, too, love this neighborhood, bars, “characters” and all. Those are elements that keep things fun and interesting.  It’s still a great neighborhood about 14 hours a day, then a good neighborhood for two hours, and then pretty crappy for 8 hours.

We’re happy to hear that you love the area as much as us!

I have written a song about Lakeview, it is sung to the tune of Eddy Grant’s 80’s classic “Electric Avenue”:

Now in the street, there is violence
And-and a lots of work to be done
teens hanging out robbing all night
And you cant go out after the set of the sun

Hey, hey. You can’t say that about the alderman. Don’t you know that’s disrepectful?