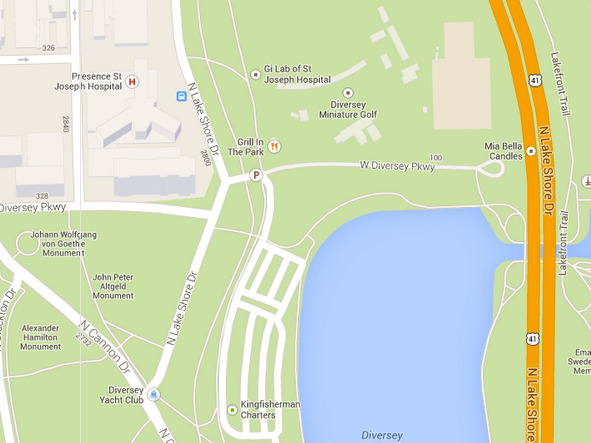 Police were summoned to St. Joseph Hospital at Diversey and Lake Shore Drive around 8:30 Monday night to meet with a 52-year-old male victim of a strong arm robbery. Dispatch reports indicate that the man was beaten and robbed in the park near Diversey Harbor. The robbery is logged under Chicago Police Department case #HW405165.