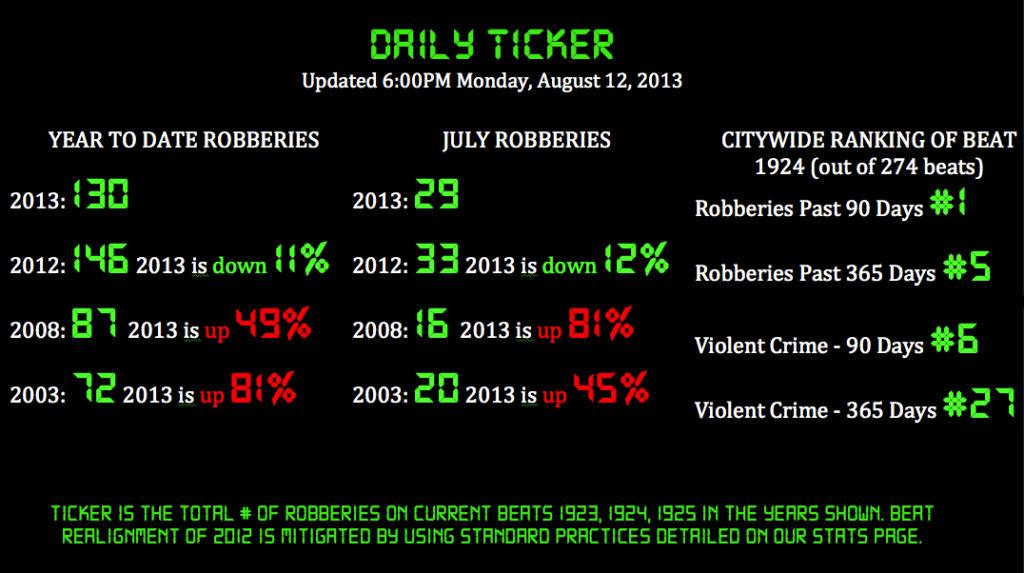 CWB is introducing a new daily feature to help tell the tale of where our neighborhood has been and where we are going.

The CWB Daily Ticker is a dashboard of up-to-the-minute information about robberies in our neighborhood over the past year, 5 years, and 10 years.

As we’ve often said, this our problem did not spring up overnight. It has built and built over several years. Simply comparing this year to last year misses the huge increase that we saw in 2011 and 2012. The dashboard shows the bigger picture.

Our source is the city itself, with robbery data taken from the City of Chicago Data Portal.