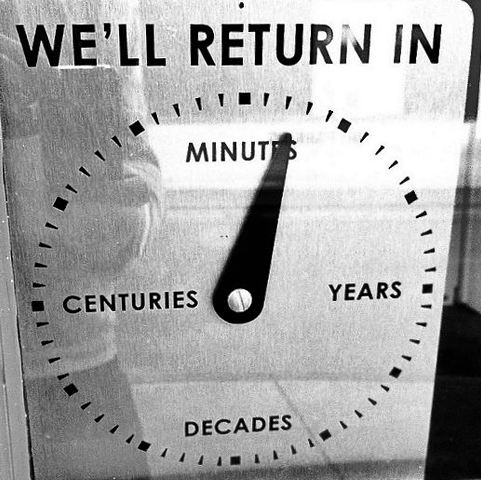 The additional officers that Alderman Tom Tunney promised will be deployed to handle overnights in our area weren’t on duty last night and they cannot get here soon enough.

Our 19th district completely ran out of officers again overnight, leading to hours of long waits for people in need of police services. Even a Chicago Fire Department call for assistance appears to have been delayed by 18 minutes. A sergeant’s order for a squadrol to assist at Clark and Cornelia received a 14 minute response time.

Most puzzling of all is this: Three of our overnight police units were assigned to spend hours helping the 14th district.

The CWB team doesn’t have a lick of law enforcement training and we have the collective IQ of a golfball. We have to wonder, though, knowing that the 19th district runs out of officers at night nearly every weekend with normal staffing; and knowing that there was a Cubs game yesterday evening that would surely keep police busy all night with drunken antics along Clark Street; and knowing that our neighborhoods have been hit with sprees of gunpoint robberies, resulting in Area North Detectives issuing a community alert just two day earlier; why would we loan out a chunk of our already limited manpower last night? Unless the decision maker believes those issues were all mitigated, of course.

Thank God our usual collection of  robbers didn’t show up. They would have had the run of the place.

We understand the concept of helping other districts when they’re in a bind. Lord knows we need them sometimes, too. But was last night the night to give up three of our precious few units?

The 19th district dispatcher first warned police supervisors that they were about to run out of officers at 1:37AM and at 2:05AM, it did run out. The district entered Radio Assignment Pending (RAP) status.

It appears that the district remained in a RAP for more than four hours. Over the hours, a river of backlogged calls built up and it was occasionally read off in laundry list fashion, with no officers radioing back their availability to take a call.  When a unit became available, they were quickly assigned to handle the most important call pending.

18 Minute Delay In Dispatching Fire Department’s Call For Assistance
Fire Department Engine 78, which is based across Waveland Avenue from Wrigley Field’s gate K, asked for police assistance after a firefighter was “struck by a vehicle.”  Their request for help came in at 1:20AM. It was dispatched 18 minutes later.

The exact nature of the incident is not known to CWB nor was it apparently known to the 911 center, which reminded the assigned officer of an earlier drunk driving call near the firehouse that should be kept in mind as the matter was investigated. A police report was taken for a traffic accident involving an injury. Police determined that the DUI driver reported near Halsted and Grace was not involved.

The “Laundry List”
Once the district runs out of officers, there’s not much that can be done. Dispatchers do their best. They occasionally broadcast a list of calls that are waiting for attention. Here’s one such list from 5:20 this morning. We have X’ed out exact addresses

Units in the 19th district, suspicious person bothering the door knobs 6XX West Surf. Also that battery in progress Irving Park and Lake Shore Drive with the taxi and the female hitting him, suspicious person 12XX W. Newport, got a couple calls from the Dunkin’ Donuts battery in progress over at 32XX N. Clark, battery just occurred 36XX N. Halsted, got a commercial [burglar] alarm 45XX North on Broadway, disturbance 8XX W. Buckingham Place, music disturbance 23XX W. Melrose, got a parker 40XX N. Broadway, and a battery report for a person dragged by a vehicle over at Illinois Masonic.

When the day shift arrived at 6:00 this morning, the new dispatcher released the night crew’s RAP at 6:03AM. And she immediately put in place a new RAP for the incoming shift, which was 100% occupied by the overnight shift’s backlog.

I’ve got a battery in progress that’s 50 minutes old…and a suspicious person that’s got 45 minutes on it 12XX W. Newport…There’s a whole list of ’em…

A Chinese Fire Drill
The severity of the staffing problem started becoming apparent early on. Around 2:15AM a sergeant asked to have a squadrol, one of the large vehicles that are used to transport arrestees, dispatched to an incident along the Wrigleyville bar strip.

Then, the insanity kicked in. The sergeant, who was obviously dealing with at a challenging situation and needed a squadrol, ordered the squadrol team to unload their prisoners and get over to Clark Street. The squadrol officers, who sounded quite interested in helping fellow officers and following a direct order, pointed out that they can’t just dump the prisoners inside the station because, since the lockup is closed, a police officer needs to sit with arrestees in a holding area. The officers who had been sitting with the prisoners went back onto the streets once the transport vehicle arrived.

So, dispatchers had to find a police officer, any police officer, to go to the station and sit with the unloaded prisoners. A unit was located and the squadrol was able to get to the Clark Street flare up 14 minutes after being ordered to go. Thank goodness they only had to drive two blocks to get to the scene.

With the fire department and police sergeants getting response times like those, how long do you think citizens had to wait for help?