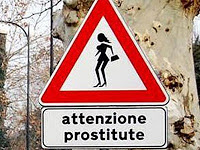 1:25AM, Saturday, August 10, 2013
Officers dispersed a group gaggle pack whored of fifteen prostitutes working the northeast corner of Belmont and Sheffield, outside of 1000 Liquors.

The incident is recorded as an attempted strongarm robbery under CPD case #HW401115.

1:10PM, Saturday, August 10, 2013
A concerned citizen called 911 to report the smell of a dead body emanating from an apartment at Addison and Pine Grove. The first officer on-scene asked for another officer to stop by in order to get a second opinion on the smell. The second officer arrived, sniffed, and summoned the fire department to assist with entering the unit.

Once inside, the officers were able to report “good news and bad news.” The good news is that there was no dead body. The bad news is that “someone is living in that filth.”