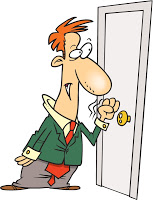 We’re ready. Ready for progress, not persecution. How about you? Tonight’s CAPS meeting provides the first real opportunity in a long time for our neighborhood to move forward toward solutions.

We started this little blog a few months ago with zero readers and one goal. We want our neighborhood to be as safe as it used to be, at all hours. Our readership has grown – – – How should we put this? – – – a lot. Our one goal remains unchanged.

Ultimately, the citizens of Wrigleyville and Boystown will determine where this neighborhood will go and where it will not.

Tonight’s CAPS meeting could start the potentially long and sometimes infuriating process of moving us back to the future. Back to that better neighborhood. That safer neighborhood. The neighborhood that most of us can clearly remember from just a few short years ago.

The CWB crew is a very, very small part of this community. If we were to suggest a measure by which to judge the success of tonight’s CAPS meeting, we would go with these.

– An agreement between the police department, the alderman’s office, and the citizens that there has been, over the course of years, a significant, persistent increase in violent robberies here. Just that. Shhhh. Just that. “You know, looking at these long-term numbers, I can see where you all are coming from. I don’t think anyone has really noticed this since we tend to look at shorter term fluctuations. But, yeah. There’s definitely something to this. We want to work on a plan with you.” Please. No more games. Please?

– A promise to deal with this problem directly, openly, honestly, and with mutual respect as we move toward success.

If we can achieve those two things, the people in the front of the room and those who are in the audience will have smacked the ball out onto Waveland Avenue. It can be done.

Maybe we leave with a homework assignment.

– A promise from the alderman’s office and the police leadership that our district will not lose one more police officer without that officer being replaced immediately.

The problem we are facing grew and festered under multiple police commanders and some current as well as some former CAPS officers. Our current commander inherited one hell of a mess. We need his expertise and influence to help lead us out. We need our CAPS officers and alderman to to know that we can handle the truth.

Finally, this
While some may be counting the minutes until they can unload venom and anger at the CAPS meeting tonight, we are not. If we go, you will not even know that we’re there. We’re hoping for a respectful atmosphere. The neighbors need to demonstrate to our police executives and our alderman that it’s OK to say that there’s a problem. Indeed, they must get to that point before we can move ahead. The sooner all parties can agree on the basic fact that we have a problem, the sooner we will be able to work together and get where we want to be.

That, neighbors, it what CAPS is supposed to be and what it can be again.