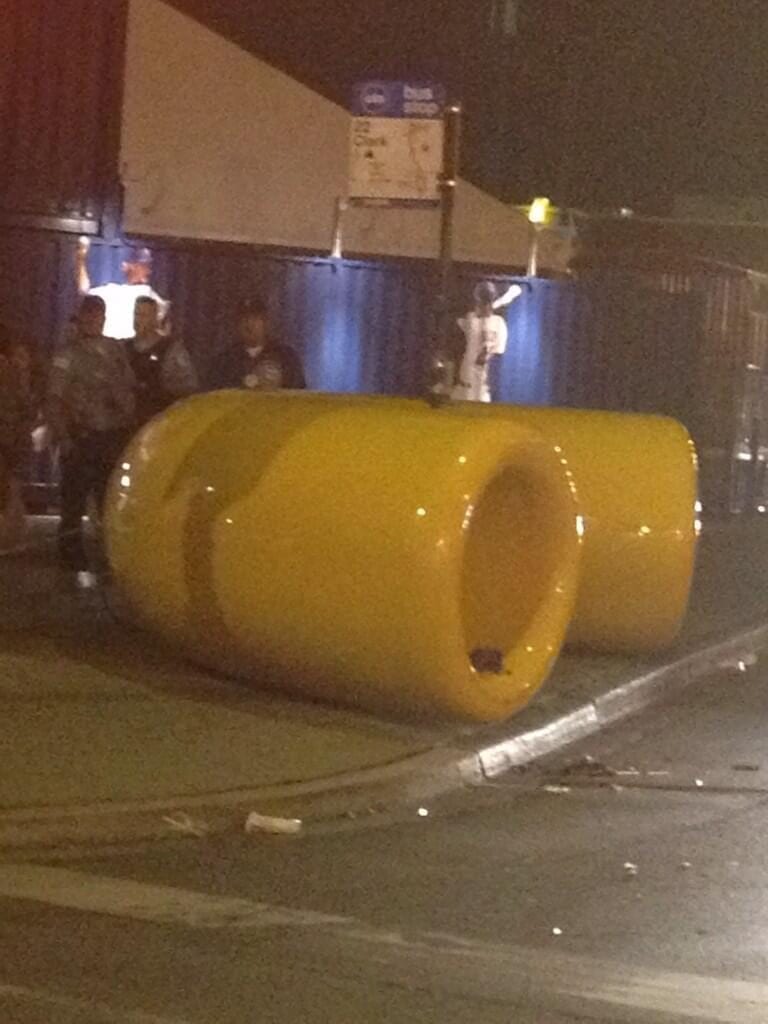 Patrolmen reported that the giant Kraft Macaroni & Cheese noodle across from Wrigley Field was “toppled and compromised” by a group of evil doers at 2:15AM. Officers have encircled the noodle with crime scene tape because it presents a delicious-looking hazard to pedestrians.

UPDATE 4:00PM: @uhohjoy Tweeted this pic of the giant Kraft Macaroni & Cheese noodle on the move in Wrigleyville. 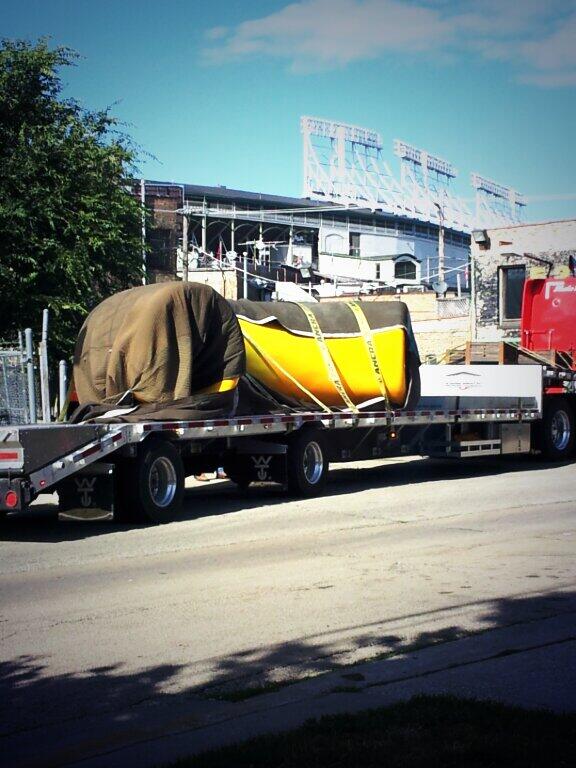 She’s Not Too Fond Of You, Either
At 10:35PM, the 18th district alerted Town Hall officers to an incident near Fullerton and Lake Shore Drive in which a man threw a rock and spit on the driver of CTA bus #4158. The offender is described as a male, black, in his 40’s, 5’10” tall, with a tattoo on his forehead that says, “I Hate My Mom.”

UPDATE: A wonderful CWB comment provider shared some background on the “I Hate My Mom” guy.

Intrigued by our reader’s information, CWB dusted off our Google skills and found these: 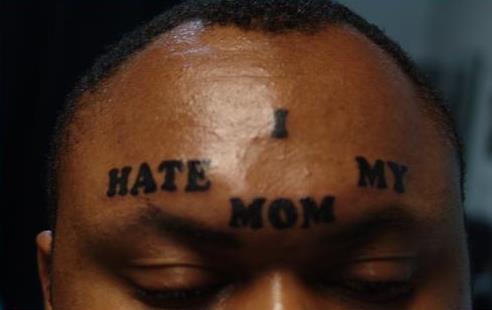 Terrible font. We’re not so sure that we would have gone with that.