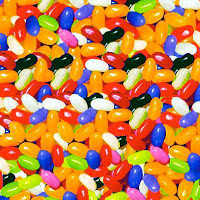 You’d have an easier time guessing the number of jelly beans in this picture than the number of robberies our cops had to deal with last night. We may never know the actual number of people who were victimized. With no police officers available and wait times for even the most extreme attacks taking two hours, you can bet more than one incident went unrecorded by the police.
We’ve reported on some crazy nights this summer, but none compares to last night.
Even the police themselves seemed amazed at the number of robbery calls that came in:

Dispatcher: Yeah, we have a robbery victim injured. He’s at Illinois Masonic in the ER. A Miss [deleted] is calling. Her male friend was robbed, they broke his nose and he’s in the ER right now.

Officer: Another robbery? All right. Are you sure nobody did a report [on this case earlier]?

About 90 minutes before the above dispatch, a person walked into the Days Inn, 644 W. Diversey at Clark Street, and told the desk agent that someone had been robbed. The person who spoke to the hotel employee was gone when police arrived. No report was taken since there was no victim present. It is not known if the Days Inn call is related to the Illinois Masonic matter.