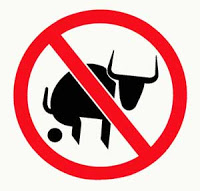 They just can’t stop with the games, can they?

“Even though our stats are very low in every area of crime, perception is what I need to work on,” Voulgaris told members of the Southport Neighbors Association at Blaine Elementary School, 1420 W. Grace St. “That is the number one priority for me.”

Commander? How about you work on reducing violent crime instead of trying to manage perceptions? We remember when managing crime was the police department’s number one priority, not managing perceptions.

But, crime is down, right?

The beat in question — an area bordered by Belmont, Addison, Southport and Halsted — saw an overall decline in crime from last year to this year, with a 9 percent dip.

Yes, commander. But we’ve noticed that you’ve never, ever, ever mentioned that the number of police officers in our district is also down. Down at least 25%  since March 2012.

And, finally, our CAPS sergeant puts the icing on the B.S. cake,

Oh…cover your eyes, gentle readers….that’s complete bullshit. 100% pure, unadulterated bullshit. This area has been a major nightlife area for more than 25 years. Ask the bar owners on Halsted Street and Clark Street if business is booming or busting these days. Considering that a Halsted strip bar owner literally told a community meeting this spring that his business is “dying,” we are confident that Sgt. Clark’s analysis of nightlife trends is way, way off.

Take a look at our Daily Ticker. Yes, robberies are down a bit compared to last year.

The FACT is that last year was the worst on record for robberies in this neighborhood since the dawn of the new millennium.

The #1 worst. The area went to Hell in a surge of violent crime during 2011 and 2012. And it’s not getting significantly better.

Another FACT? If we didn’t have all of those extra robberies on our record, beat 1924 would be #74 in violent crime instead of in the top 10.

Tell us how we stack up in the number of officers patrolling our streets today compared to each of the past 15 years. Go on. We dare ya.

Our “perception” of a problem is based on personal experiences and facts provided by your own department. Let’s get over the perception and on with the solution.