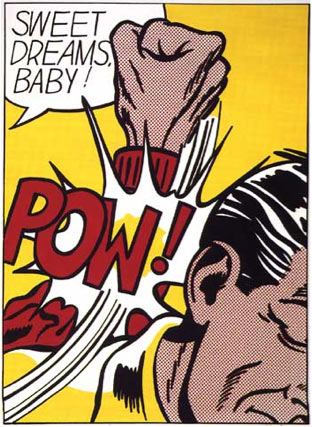 While the immediate Wrigleyville and Boystown area had “only” its usual robbery activity around Belmont and Clark overnight, residents in adjacent areas of Lakeview fell victim to our lot of night crawling criminals.

A thought occurred to us. If we were to have a properly-staffed police district, we might be able to catch some of these guys. Until then, we have this to look forward to:

2:57AM
A thief described as male, black, with glasses and a backpack, stole an iPhone from a victim near Byron and Kenmore. It is not clear if this is related to the criminal sexual assault that was reported in the same area around the same time. The offender descriptions are similar.

UPDATE 18 AUGUST 2013: CWB has confirmed that 2:57AM robbery was the same incident as this criminal sexual assault attempt under case #HW402666.

The offender’s full description was given as as a male, black, 5’10” to 6′ tall, about 160 pounds, with a shaved head, wearing glasses, a blue-white striped shirt, and blue jeans. He was last seen headed southbound on Seminary from Byron.

3:40AM
A 31 year-old man was jumped, beaten, and robbed outside of Chicago Apartment Finders 906 W. Belmont, just west of Clark Street. The victim suffered a serious head injury in the attack and he could not offer any description of the offenders. Overworked police officers managed to arrive on scene 25 minutes after the call for help came in. By that time, the victim had been transported to Illinois Masonic Medical Center. Case #HW402711

4:47AM
Yet another Lakeview robbery victim was rushed to Illinois Masonic Medical Center after being beaten a block south of Belmont on Racine Avenue. The two offenders are described as being male, black, about 5’11” tall, in their 20’s, with shaved heads. A witness told police that they believe that a third person was involved. The third individual is described as a male, black, with dread locks and wearing a white t-shirt. All of the men were last seen running northbound on Racine. The victim lost his iPhone with a light blue cover in the robbery.  Case #HW402753

6:07AM
Thorek Hospital personnel reported a 28 year-old man was being treated in their emergency room for injuries he suffered in a robbery. The location of the robbery could not be determined.

There were also two calls that did not result in reports:

Shortly before 3AM, a 911 caller said that a man tried to rob him by displaying a handgun near Dunkin’ Donuts at Clark and Belmont. The victim did not have any valuables and the offender left empty-handed. Officers could not locate the caller upon arrival and no report was taken.

Then, around 5:15AM, concerned citizens called 911 to report that an intoxicated man had been pinned against a fence near Belmont and Clark by two men who were going through his pockets. Police could not find a victim or a caller upon their notably tardy arrival.

Image: Sweet Dreams Baby by Roy Lichtenstein
About CWBChicago 4360 Articles
CWBChicago was created in 2013 by five residents of Wrigleyville and Boystown who had grown disheartened with inaccurate information that was being provided at local Community Policing (CAPS) meetings. Our coverage area has expanded since then to cover Lincoln Park, River North, The Loop, Uptown, and other North Side Areas. But our mission remains unchanged: To provide original public safety reporting with better context and greater detail than mainstream media outlets.
Website Facebook Twitter YouTube