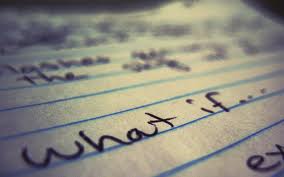 It’s been a busy week and we’re looking forward to having a great weekend in the neighborhood. We’re going to wrap up our Friday with this. What if?

There’s been a lot of talk about beat #1924’s ranking as the #1 beat for robberies in Chicago.

But what if. What if our neighborhood’s robbery rate had stayed flat since 2010, rather than go up by 63%?

Answer: If our robbery rate had stayed flat, we’d be #51 in robberies citywide instead of #1.

1924’s current #1 ranking was earned by recording 42 robberies since May 2 this year. We pulled the police data. During the same 90 day period in 2010, the same area recorded 18 robberies.

If we could back out the 24 “extra” robberies we’ve had in the past 3 months, our ranking on the list of most violent police beats would drop from #9 to #74!

That’s an apples to apples comparison of what used to be and what is. And it illustrates our hope for what our neighborhood will become again.

That’s it for now. CWB will update throughout the weekend, but we plan on taking “full advantage” of the great weather and this amazing neighborhood.