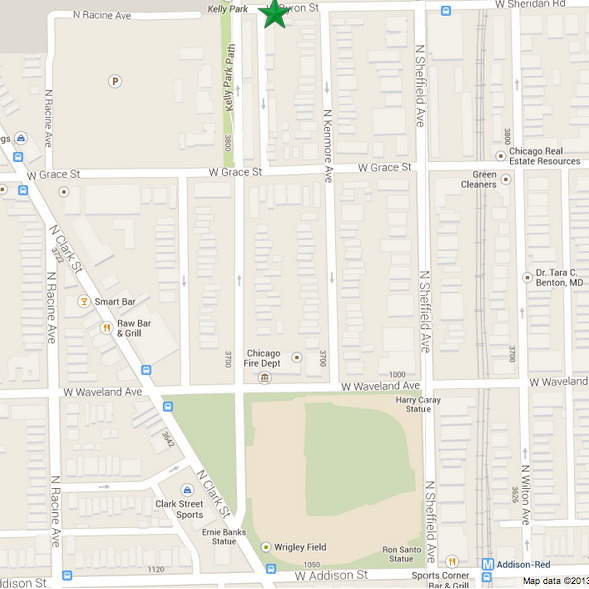 Just before 3 o’clock this morning, officers responded to the area of Byron and Kenmore, two blocks north of Wrigley Field, to help a young woman who reported being sexually attacked by an offender armed with a handgun. The offender also stole the woman’s iPhone.

A bystander stayed with the victim at that location until police arrived.

The offender is described as male, black, 5’10” to 6′ tall, about 160 pounds, with a shaved head, wearing glasses, a blue-white striped shirt, and blue jeans. He was last seen headed southbound on Seminary from Byron.

The report has been updated to reflect an attempted aggravated criminal sexual assault case #HW402666.

UPDATED 18 AUGUST 2013: This case was subsequently reclassified. As of this morning, it is classified as a non-aggravated criminal sexual assault attempt.