Editors’ Note: As of October 15, 2013, no report has been filed in this case. The incident has been added to our growing list of known robberies that have not been documented in police reports.

If you ask the Chicago Police Department, they will insist that a Wrigleyville man was absolutely NOT robbed shortly after midnight this morning at Roscoe and Sheffield. That’s because they have so far failed to take a report of the incident. And, as loyal CWB readers know, if there’s no police report, there’s no crime. 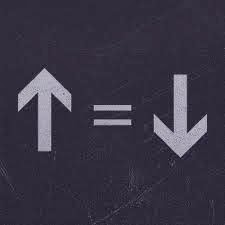 The man summoned police to his home at 12:35 this morning. The police tactical unit arrived and took the victim’s initial information: A black male wearing a red Blackhawks jersey robbed him around midnight at Roscoe and Sheffield.

The tactical unit left, telling the victim to expect a beat car to come over and complete a report.

When the beat car arrived at 1:20AM, they could not locate the victim and the 911 operator got voicemail when they dialed the number that was used to report the robbery.

The incident has been closed out as a “miscellaneous incident – no person found.”

So far, no report has been generated and, thus, no “crime” occurred. Can’t you just taste the crime rate falling?

No report was ever filed in this case.