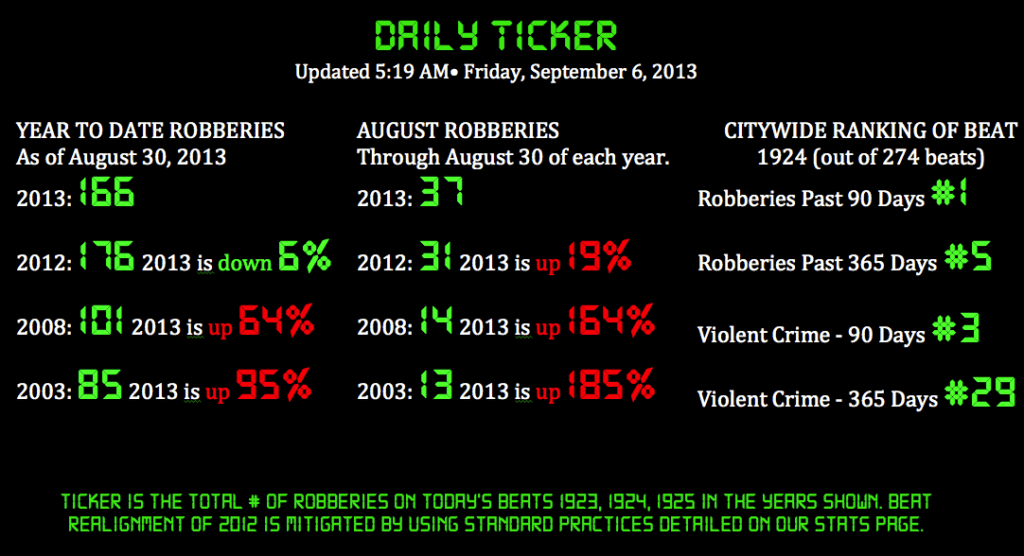 Information about one robbery was released by the city today: